Psychology through the eye of a journalist 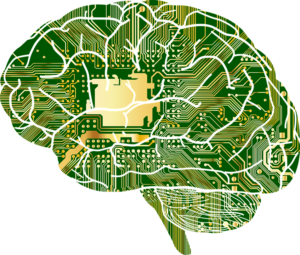 This article originally appeared in The Psychologist. The magazine of the British Psychological Society.

Psychology is a particularly rich source of material for the media.  Some of the most significant and high-profile news items are about psychology.

The discipline also underlies a surprisingly vast amount of media content in newspaper, magazine and digital publications too – often more than you would think. Indeed, a cursory look through today’s newspapers reveals that most carry page-lead stories about research by Dr Lenny Vartanian from New South Wales University into clutter, chaos and overconsumption.

Whether you are a staff writer compiling a news list, a PR seeking publicity or actively trying to avoid it, or a freelancer making a living from your feature ideas – the agenda for the media is to find these type of news angles – or what journalists call ‘a story’ or ‘a line’.

My background as a qualified newspaper journalist and former features editor has equipped me with a finely-honed journalistic eye for a news angle. Meanwhile, a mid-career break to complete a postgraduate diploma in psychology, combined with a huge interest in the subject, has found me increasingly turning that journalistic focus towards the discipline.

For the past seven years I have worked as a freelance journalist and media consultant specialising in psychology. I write features, that have their roots mostly in psychological research, for national papers and magazines and digital publications, including The Times, The Guardian, Psychologies, Prospect Magazine, Health & Fitness and Management Today.

I also run my own media consultancy business, alongside the freelance journalism, advising clients on editorial strategy, disseminating research findings to the public, PR and communications – again specialising in psychology. This can involve turning research findings into press releases, looking for news angles in data, writing absorbing content for websites and social media and advising on PR.

One recent contract for a research organisation producing reports that include data on children’s mental health and wellbeing and their media use, has involved trawling hundreds of pages of findings to mine for the lines that will catch media attention.

Once identified these news angles are written up as press releases and disseminated to national and trade media. I also deal with media inquires as they came in and liaise with the research director, helping him respond to queries and handle interviews. The stories I had spotted made national headlines and it was satisfying to hear a live debate on Radio 5 live and BBC Breakfast sparked by what was originally data in a research report.

My work as a freelance journalist involves communicating the findings of psychological research to the public in easily-understood language. These are sometimes couched in abstruse language and hidden away in lengthy conclusions, pages of data or buried in subscription-only journals. Sometimes my work feels a little like being a translator, turning academic-speak into specific, user-friendly language for the media without losing the meaning.

Commissions are many and varied and have included covering the annual BPS conference for the national press, writing about the psychology of whistle-blowing for The Guardian, interviewing Daniel Kahneman for Psychologies magazine; writing about the paradox of choice for The Times and the psychology of saying sorry for a feature in Management Today. I cover all branches of the discipline but I am particularly interested in consumer, health and sports psychology.

Ultimately, my job is all about finding ‘the story’ in psychology research, reading journals and conference papers, talking to psychologists, maybe bringing two or more pieces of research together, and then spotting what journalists call ‘the line’.

My career as a journalist began as a cub reporter on a regional daily paper, the Eastern Daily Press. This is the coalface of journalism, where you hone your journalistic eye reporting on council meetings and debates over wheelie bin collections and bypass campaigns, while working towards the National Council for the Training of Journalists certificate.

After several years on the local beat I worked as a feature writer at Health & Fitness magazine, in London, and then as features editor for a leading press agency filing stories daily to national newspapers and magazines.

I eventually decided to go freelance to take full advantage of the freedom and opportunities it could offer, writing for national magazines including Psychologies and Top Sante and national newspapers including The Guardian and The Times.

To earn a living as a freelance you have come up with literally hundreds of ideas for possible features every month and I have always found psychology to be the richest and most interesting vein. I talk to psychologists, read journal articles and keep an eye on the newest research for a compelling human interest narrative that I can turn into a feature.

I have always enjoyed reading deeper and wider than writing a newspaper feature required and it was this curiosity that convinced me to convert my philosophy and French degree with a postgraduate diploma in psychology.

After three years of part time study I was pleased with a first-class distinction and membership of the BPS has been an added bonus which has motivated me to specialise in psychology in my journalism and media consultancy business.

A deeper understanding of research methodology gained from studying psychology has also been beneficial and, I like to think,  helps with accuracy and better questions when interviewing psychologists.

However, one of the challenges always remains the fundamental tension between the media’s desire for novelty and simple correlation – and the very nature of the scientific method with its convolution and lengthy time frame.

There is an inevitable conflict between psychologists and journalists writing stories about the discipline. Psychologists are circumspect, guarded and slowly accumulate complex research data. Journalists want it simple, bite-sized and accessible with quick headlines that convey the latest and the new.

Journalists also prefer with some sort of simple assumption that correlation is causation, since cause and effect is easy to communicate and give readers advice they can transfer to everyday life.

Hence the almost impossible task of turning years of careful psychological study with a guarded conclusion into a user-friendly title, such that 10 years of psychology lab research on attention, self-control and eating behaviour is reduced to  the likes of ‘Calling a food healthy can actually put people off eating it, researchers have warned.’

The tension between psychology and research will always exist, but I hope my background helps bridge the gap when I write about the discipline, bringing in as much of the nuance and bigger picture as possible but still mindful of the consumer-focussed need for ‘a story’ which ultimately helps communicate psychology and its research and understanding to a wider public.

So while psychology and journalism are not obvious stablemates in a career – for me they have tapered together and allowed me to specialise in a discipline I find endlessly interesting and absorbing.

Journalist and specialist in writing about psychology